We are pleased to announce that Averte is joining Trivium Life Services, a non-profit organization committed to behavioral health and long-term support services. By joining together, Trivium and Averte are improving our sustainability, expanding the potential reach of the services we offer, and empowering more members of our communities.

Betty Williams, a psychiatric social worker at Dartmouth Hitchcock Hospital, slowly changed her bed and breakfast into a therapeutic community to help those in need of extended care after hospitalization. Betty also assisted community families in need of respite assistance. The Main House fully transformed into a healing community over the next few years.

As the Main Farm House filled, Betty needed to expand in an effort to offer more people this opportunity. In 1985, Betty opened the Gray House. The Gray House offered the same care as the main house in a slightly smaller setting. All activities and opportunities were open to either house, interaction was frequent between individuals of both houses, continuing the family model.

Although not growing in licensed homes, independent living opportunities were added for those needing extended support while flourishing in the greater community.

In 2012 a full in-house therapy program was added which included individual therapy and group therapy.

Merry Meadow Farm re-branded to Averte. Averte (to turn to change) better described our mission and core values. This re-branding was purposeful and included no change in ownership. Same great team.

Averte joined Trivium Life Services, a non-profit organization committed to behavioral health and long-term support services.
By joining together, Trivium and Averte are improving our sustainability, expanding the potential reach of the services we offer, and empowering more members of our communities.

Smita Lahoti,  MD,  is a psychiatrist with training and experience in treating adults with psychiatric disorders across several practice settings in the US and abroad.  She specializes in helping people build resilience with the use of ACT [Acceptance and Commitment Therapy] in addition to psychodynamic and cognitive-behavioral therapy.  Dr. Lahoti has years of experience in mindfulness and ran an innovative mindfulness-based relaxation therapy clinic in India before moving to the USA.  Given her training/residency in OB-GYN, in addition to the standard psychiatric training, she has a particular interest in women’s mental health.  Treatment also can include medication prescription and monitoring when needed.  Dr. Lahoti believes in tailoring her approach to each person’s needs and meeting them where they are at, with an emphasis on building a better quality of life. 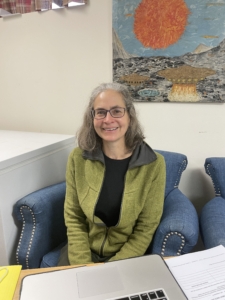 Claire Wendling, MD graduated from medical school at the University of Michigan, where she also completed her residency in psychiatry.  Since moving to the Upper Connecticut Valley in 2000, she has worked in a variety of settings, including inpatient psychiatry, consultation psychiatry, community mental health and the VA.  Over the past 21 years, she has treated people suffering from developmental disorders, psychotic disorders, affective disorders, and PTSD.  She currently works at the VA in the collaborative care program, and she joined the team at Averte in 2021.  Her primary interests are in community psychiatry and the management of complex and chronic mental health conditions.

Douglas L. Noordsy, MD, is Clinical Professor, Director of Sports Psychiatry, and psychiatrist on the INSPIRE Early Psychosis Clinic in the Department of Psychiatry & Behavioral Sciences at Stanford University School of Medicine

In addition to being the previous Medical Director at Meadow Farm since 2010, Douglas L. Noordsy, MD, was Associate Professor of Psychiatry and Director of Psychosis Services at Dartmouth Medical School, and an Investigator with the Dartmouth Psychopharmacology Research Group. Dr. Noordsy earned a Bachelor of Science in Chemistry at St. Lawrence University, and a Medical Doctorate at Washington University School of Medicine in St. Louis, Missouri. He completed residency in Psychiatry at Dartmouth-Hitchcock Medical Center and has served on faculty at Dartmouth since.

Dr. Noordsy provided psychiatric care and medical leadership at Dartmouth-affiliated CMHCs from 1989-2003. He currently serves as Attending Psychiatrist at Dartmouth-Hitchcock Medical Center. He is a reviewer for multiple journals, including The American Journal of Psychiatry, Schizophrenia Research, and The Journal of Clinical Psychiatry. Dr. Noordsy received the Exemplary Psychiatrist Award from the National Alliance for the Mentally Ill in 2001.

Dr. Noordsy’s research interests are in treatments for people with comorbid substance abuse and severe mental illness, and in synergistic effects between medications and psychosocial rehabilitation that may facilitate recovery from schizophrenia and bipolar disorder. He is co-investigator on several randomized, blinded trials of second-generation antipsychotic medications funded by NIMH, NIDA or NIAAA comparing vocational, symptom, and substance use outcomes of various agents among individuals with both first-episode and chronic schizophrenia. 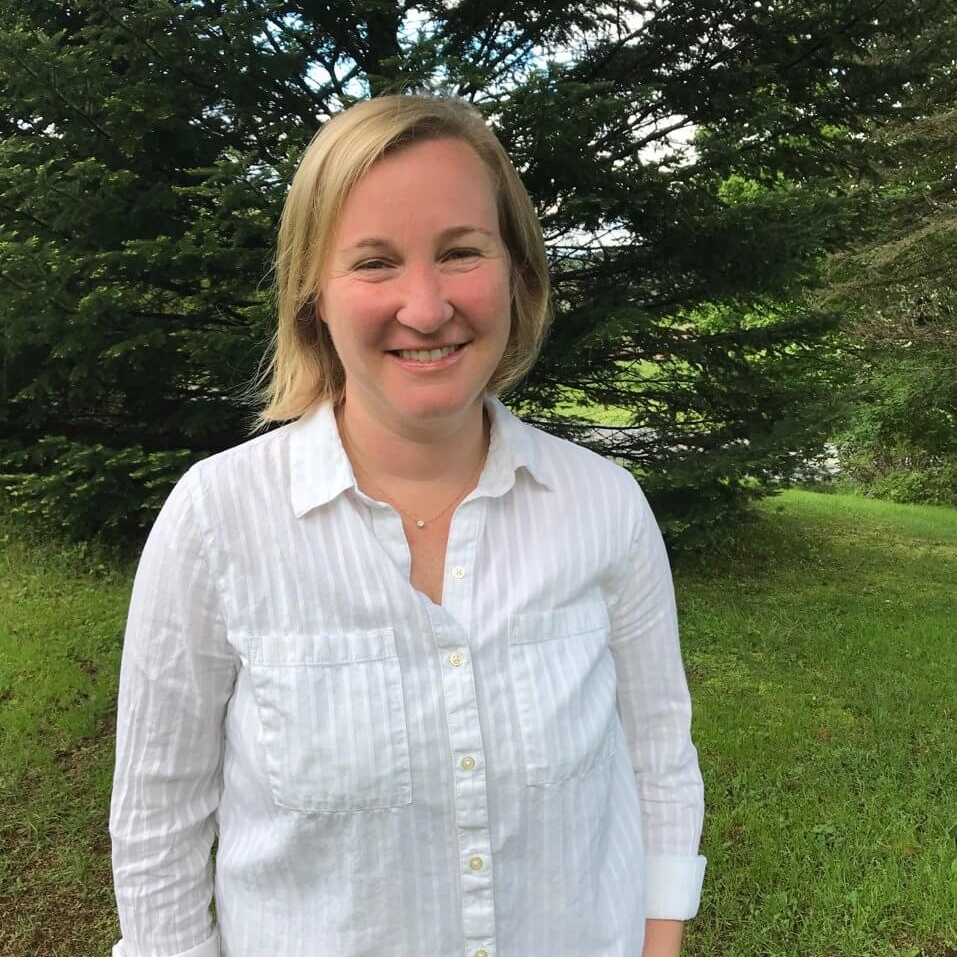 Liz joined Averte in January 2012 to implement clinical programming and individualized treatment for residents. She received her Master’s degree in Counseling Psychology from Boston College, during which time she first began to provide individual therapy to individuals diagnosed with major mental illness. Liz spent four years working with young adults coping with symptoms of psychosis at the Commonwealth Research Center at Harvard Medical School before moving to the Upper Valley in 2002. Liz served as the director of adult services at a community mental health center in Vermont for the following nine years. Liz’s clinical interests include diagnostic evaluation and treatment of a variety of psychological issues including psychotic, mood and personality disorders.  She utilizes a cognitive approach to the conceptualization and treatment of each individual, emphasizing the importance of collaboration with the client to understand and respond to symptoms that interfere with quality of life. In addition to providing individual and group therapy, Liz oversees all aspects of clinical programming. She facilitates the integration of a multidisciplinary approach to treatment that includes collaboration with specialists in vocational, health and wellness, and other areas of specialty to most effectively support each client’s goals. Liz has been credentialed as a Licensed Clinical Mental Health Counselor by the state of Vermont since 2007.

Liz can be contacted via email or phone to discuss details of our clinical programming, the cognitive-behavioral approach to treatment, and to answer questions about how these supports may promote wellness and achievement of personal goals. 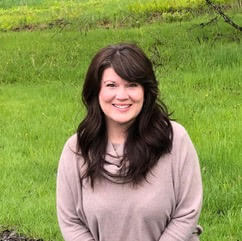 Amy joined the Averte team in 2012 to continue developing the clinical program and individualized treatment for its participants. Amy began working in the mental health in 2004, working as a case manager for adults diagnosed with chronic mental illness at the community mental health center in Bradford, VT. For the next several years, Amy continued her work at the community mental health center, additionally serving as the Vocational Specialist and Access Specialist, providing her a diverse background in the provision of mental health services. Amy received her Master’s degree in Clinical Mental Health Counseling from Plymouth State University, in Plymouth, NH. Amy is credentialed by the State of Vermont as a Licensed Clinical Mental Health counselor. Amy’s professional interests include providing individual therapy services, utilizing cognitive behavioral and dialectical behavior treatment modalities, as well as facilitating a variety of therapy groups. Outside of her commitment to work, Amy enjoys traveling with family and friends, being outdoors, and introducing new experiences to her son. 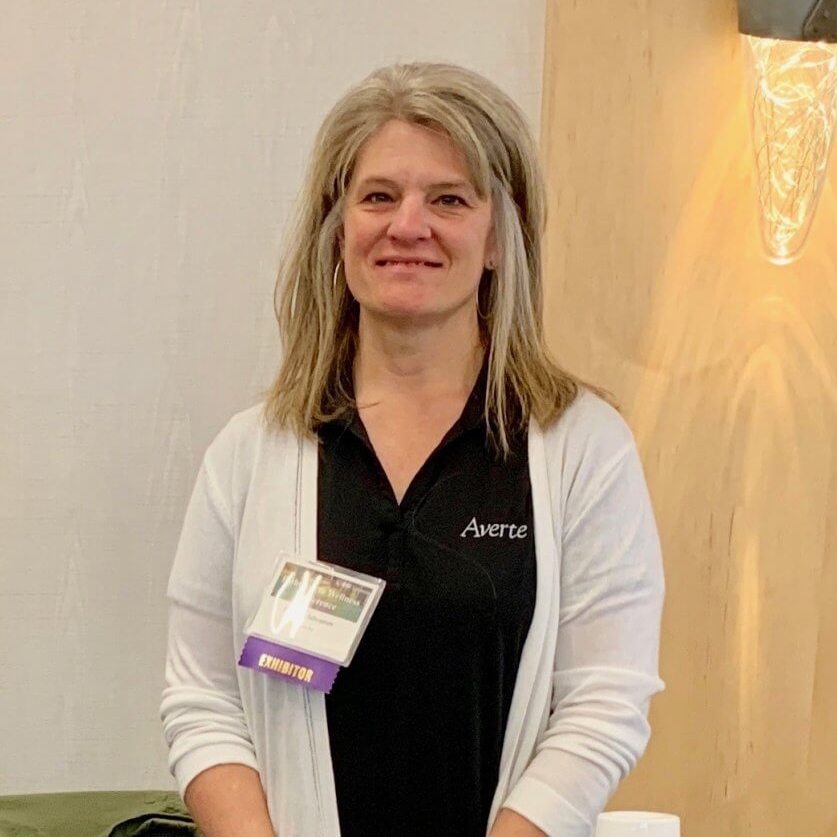 Rebecca has been with Averte since 2003. Rebecca began her career with the Head Start organization in the 90′s then took the Directors position with the Orange County Parent and Child Center. Upon starting a family Rebecca chose to scale back to part time and carries a small caseload at Averte, which has now grown into more direct contact hours as well as leading and co-leading groups at several houses. Rebecca lives in Bradford with her husband and two children. 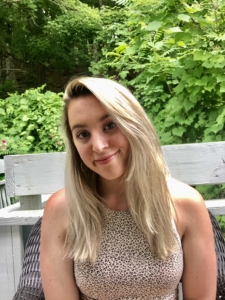 I’ve been affiliated with Averte for about 4 years, working as a support staff at the Bradford House full time and then eventually per diem. I earned my bachelor’s degree in Psychology from Southern New Hampshire University in 2020 while continuing to work in the mental health field. Before transitioning into the Skills Specialist role I worked at Clara Martin Center as a Behavioral Interventionist, assisting children and adolescents to make positive changes in their lives. Having a passion for helping people lead healthy and confident lives I became a Certified Personal Trainer and plan to bring that passion into Averte where I’ll lead a Healthy Living group as well as co-lead other groups. 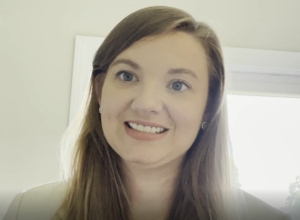 Stephen was with Merry Meadow Farm, now Averte for a few years in the late eighties and has been back since 1993 when he returned as a case manager, later assuming the assistant director position.

In 1999, Stephen took over the duties of CEO. Stephen works out of an office in Bradford as well as traveling to the other houses throughout the week.

In 2022, when Averte began their partnership with Trivium Life Services Steve took on the role of Sr. Advisor of Strategic Partnerships Manager

Stephen, lives locally with his wife Rebecca, Averte’s skills specialist, and has two grown children.  Stephen can be reached at 802-222-9394 or at Stephen@averte.com 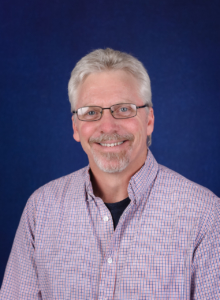 Matthew joined the Merry Meadow team in 2007 after a 12 years working for Upper Valley Services. Matt became house manager at the Gray House in 2008 and remained in that position until transitioning to Program Director in 2015. Matt lives locally with his wife and four children.  Matt can be reached at 802-222-4413 or at Matt.Daly@Averte.com

Shannon joined Averte in 2015 to help keep Steve and Matt in line.  Although formally educated as a paralegal,  Shannon has a background in mental health and spent years as a pharmacy tech.   Shannon’s responsibilities at Averte also include human resources as well as being part of the admission team.  Shannon can be reached at 802-222-9394 or at Shannon.Bergholm@Averte.com 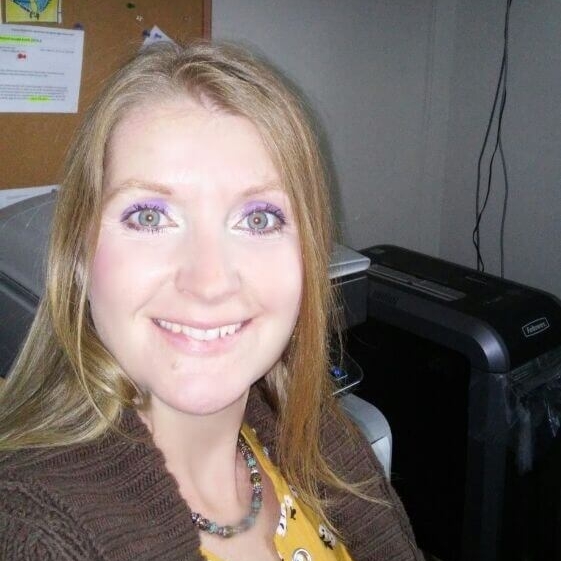 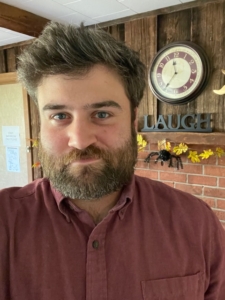 Brady came to us in July of 2021 after spending almost a decade in the hospitality industry. Brady received his Bachelor’s Degree in Applied Psychology and Human Services from Lyndon State College, where as a senior he completed his internship with Averte as a part of the clinical team. Brady currently resides in the Northeast Kingdom of Vermont with his wife and three kids.

Carissa joined Averte in 2014 and held a variety of positions until shifting to the Main House office Manager for several years.  In October of 2020, in the midst of a pandemic, Carissa accepted the role of  Main House Program Manager.  Carissa can be reached at 802-222-4413 or via email Carissa.Brissette@Averte.com

After many years of successfully managing the Hanover House, Rhonda transitioned to our local Bradford House in the summer of 2019.
Rhonda is an integral part of the team at Averte, and shows a consistent desire to provide both staff and residents with opportunities to grow and develop. Over the years Rhonda has engaged in professional development, and has successfully completed the management certificate course from the State of Vermont.
In her free time, Rhonda enjoys numerous outdoor activities such as camping, boating and spending time with her family. Rhonda can be reached at 802-222-4601 or at  rhonda.orr@averte.com 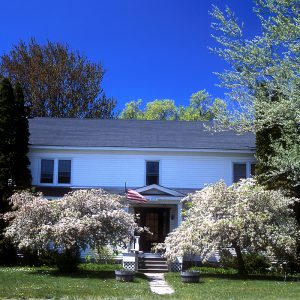